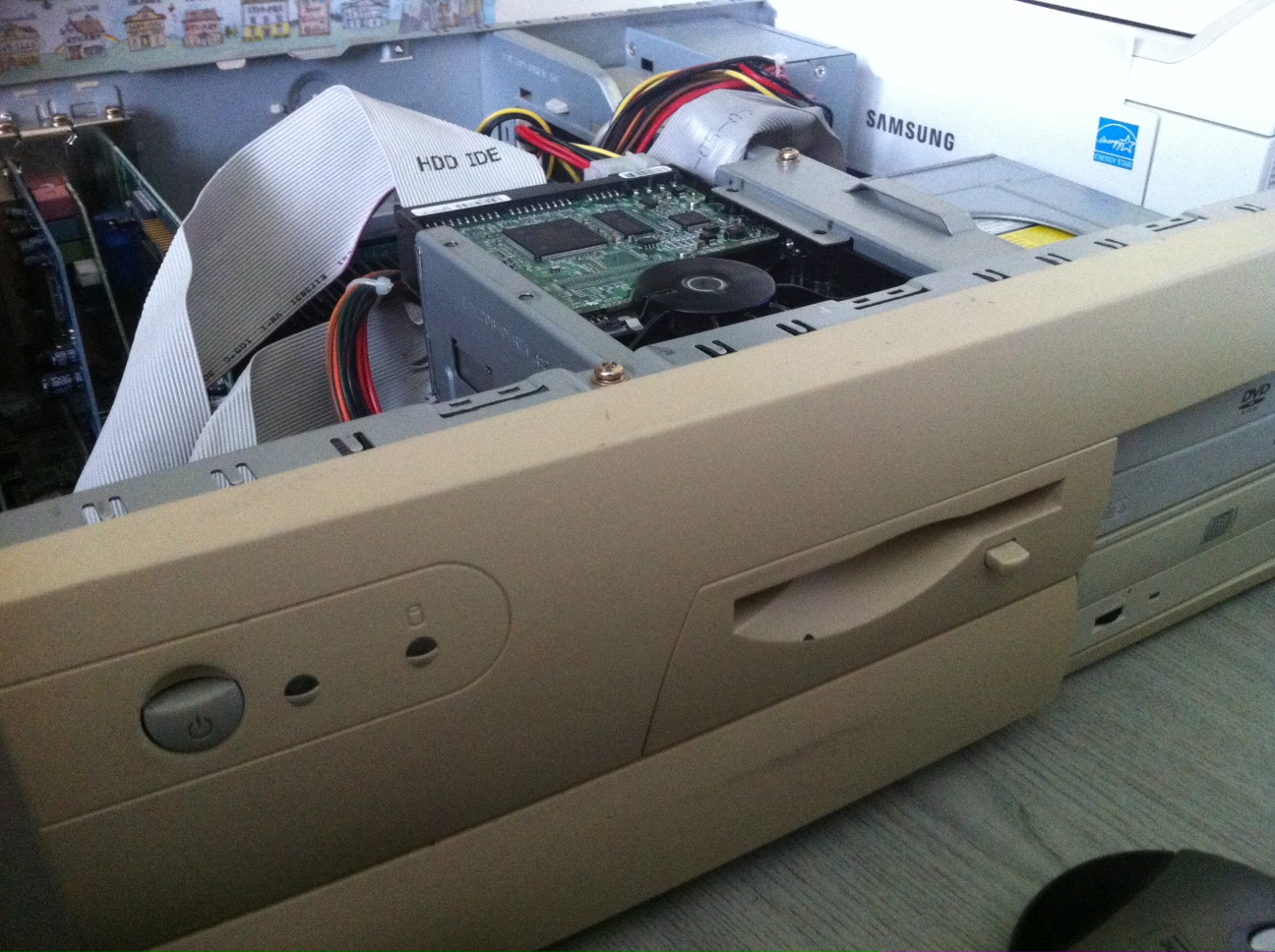 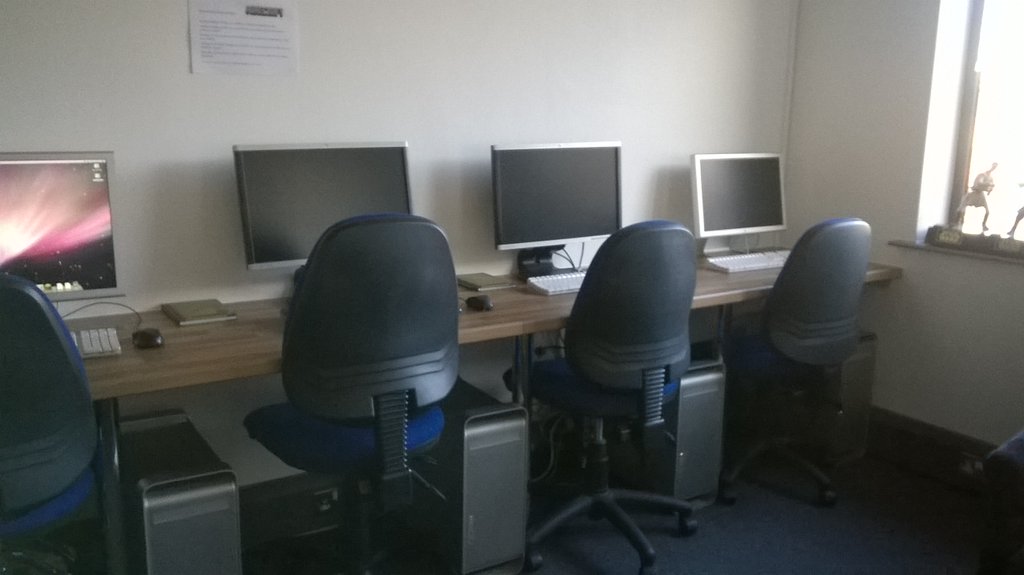 Action for Asperger’s were delighted to receive a donation of four Apple Mac Computers for their CyberHub. The main use is planned to be for their Minecraft club.

– The PowerMacG5’s needed setting up, removing the old user data and updating from an old version of MacOSX

– It initially appeared that Minecraft would not run on the old G5 systems since MacOSX development for those platforms ended.

The initial setting up of the PowerMacG5s took a surprising amount of time, since not everything was in order, with a mixture of old PC hardware and mice, cables, monitors, not all confirmed as working.

The computers had old user data and accounts, some with not-known passwords, meaning they couldn’t be booted into.

Most worrying was one of the PowerMacG5 computers had a sticky note saying ‘faulty – no hard-disk’. Fortunately, all the others had two drives each.

Two Apple ‘Cinema’ displays were included, at first one of them didn’t work, but it seems that it needed careful matching with the PSU as there were two types.

The last Apple operating system that works on the old PowerPC G5 computers is MacOSX 10.5.8 ‘Leopard’.

Fortunately, it was possible to create a suitable build from original install disks – a very handy fact is that 10.5.8 runs on both PowerPC and Intel Apple Computers, assisting with creating the build on a firewire portable disk. It was important to use a Firewire external drive, as PowerMacG5s will boot from an Firwire external drive (but not USB) by holding the ‘Alt’ key on power-up

Disk Utility was used to clear the one of the drives of one of the PowerMacG5s. Then CarbonCopyCloner was used to transfer the 10.5.8 build from the external drive to the computer.

Once the new build was transferred to one PowerMacG5 hard-drive, and whilst the external drive was used to upgrade another of the 4 computers, Disk Utility and CarbonCopyCloner was used to transfer the first computer’s primary to its secondary internal hard disk (handy it had two). This step helped to speed up the process, as once this disk copy was done, the secondary drives this computer and another of the 4 computers were swapped. Now two more build transfers could happen together.

The final step was to get the ‘faulty’ 4th computer to work. Opening it up and inserting the upgraded secondary drives from one of the other computers, it was possible to startup and set the boot drive, which brought it into operation. Even ran TechToolDeluxe which proved it was all ok.

Finding a version of Minecraft that works on the PowerPC G5 computers, even upgrade to the latest possible MacOSX 10.5.8 ‘Leopard’, took some considerable internet searching.

But happily, the 1.5.1 launcher was found and downloaded.

This ‘Legacy’ Apple Cider – PowerPC Minecraft Solution ‘legacy’ launcher allowed Minecraft to work on all the computers which also allows different accounts to network together, though it seems that they won’t interwork with PCs running a newer version. More investigation might be needed if this is desired in the future.

The final step was to tidy up the ‘rats nest’ of cables and computers, discovering that some of the combinations of display, keyboard and mouse worked better together e.g. an apple mouse with a very short lead is a better fit with the apple keyboard which has a USB port.

All done, and the result was very satisfying indeed. Hopefully plenty of use will be gained from the updated ‘Cyber-hub’.

Photos of the upgrade project during its progress are on our Facebook page.

If you have a backlog of work to invoice, payments to chase and clients to speak to about renewing their purchase order cover, you may need another Account Manager.

Especially if you also need to provide reports internally on status against budget and inform your operational teams of expected activities to schedule resources and procure deliverables.

Trouble is, there may be a headcount freeze and until your business development actions bring in more revenue, you can’t justify another full time employee.

So here’s the solution: speak to the team at YellowsBest about a day-rate for a flexible, Bright individual who can take care of immediate activities in an Expert way, delivering against SMART objectives in a Timely fashion.

We look forward to hearing from you.

This blog has been started for 2016 in order to add more information to the YellowsBest website in an informal manner. Always keen to receive feedback on whether anything else is needed.